Air brushing and photo editing is no longer restricted to magazines and advertising. With apps such as Snapchat and Facetune on most smart phones, more and more people are editing their images to their liking. Taking it one step further are those who are seeking cosmetic surgery to permanently look like their edited pictures which is leading to issues such as body dysmorphic disorder

Taking a selfie and using your phone apps to embellish the image with flowers, smooth the skin or enhance your eyes can be a bit of fun. For some people, comparing their real reflection with the way they appear post-photo editing can, according to a report published in a JAMA Facial Plastic Surgery, take a toll on a person’s self-esteem and may even trigger body dysmorphic disorder (BDD). The authors found that 55 per cent of plastic surgeons report seeing patients because they want to improve their appearance in selfies[CY1] .

Studies [CY2] have shown that teen girls who “manipulated their photos were more concerned with their body appearance, and those with dysmorphic body image seek out social media as a means of validation.”

It’s not just teenage girls who are making appointments with cosmetic surgeons. One American study, for example, found that the percentage of men dissatisfied with their overall appearance (43%) has nearly tripled in the past 25 years and that nearly as many men as women are unhappy with how they look.1

According to Neelam Vashi, MD, director of the Ethnic Skin Center at BMC and Boston University School of Medicine, this new phenomenon is called “Snapchat dysmorphia, where patients are seeking out surgery to help them appear like the filtered versions of themselves.”

“This can be especially harmful for teens and those with BDD, and it is important for providers to understand the implications of social media on body image to better treat and counsel our patients,” said Vashi.

Those squares on our smart phones are not a realistic reflection of real life. Professor David Castle, Professor of Psychiatry at St Vincent’s Health and The University of Melbourne agrees. “Generally, people are becoming more concerned and occupied with their appearance.”

In his research, Professor Castle has found that people with BDD look at themselves and others in a different way. “They over-scrutinise themselves and others. For instance, they’ll over-scrutinise their own nose. They may then look at the noses of others and select a nose, from a film or photograph that they consider to be ‘perfect’. If they can’t have a nose like that, they’ll then consider themselves to be useless, and a whole cascade of thoughts which denigrate their self-esteem may follow.”

This form of self-consciousness and obsession over appearance can be a symptom of BDD, which affects around two percent of the population.

“It’s normal for people to have a sense of self-consciousness about their appearance,” says psychologist Dr Ben Buchanan, who treats people diagnosed with BDD at Foundation Psychology Victoria. “BDD is when the concern over appearance gets in the way of a person’s personal and professional life. It usually involves a set of ritualistic and repetitive behaviours which are designed to reduce anxiety about a person’s appearance.” This may include putting on makeup, checking mirrors constantly, and avoiding people. “It’s pretty common to spend eight hours a day doing these rituals and repetitive behaviours. Often people with BDD are so distracted with the present moment, that even when driving, they’ll have a mirror pointing on them to check that they look alright.”

On average, people are first affected by BDD and its ritualistic symptoms at around 16 years of age. Although, according to Dr Buchanan, most people live with BDD for about six years before they realise that they have it. “Typically, people who have BDD don’t think they have it; they just think that they’re ugly and think that they deserve to feel terrible because they’re so ugly.”

Natalie Hastwell, 36, a personal trainer from Melbourne, was diagnosed with BDD when she was 29 years old. Her body dysmorphic disorder stemmed from two other issues, anorexia and bulimia. Dr Buchanan agrees that many BDD patients may also present with an eating disorder. “It’s a tangible thing that they can do to change their appearance,” he says. And while anorexia is probably more well known, “BDD is more common,” he says.

At her thinnest, Hastwell weighed just 45 kgs, her hair began falling out and she was hospitalised several times. Finally, when she was diagnosed with pneumonia she realised that she had a problem and needed professional help.

“I used to measure myself constantly, tape measure, scales, my own hand up to 20 times a day,” she says. “I would wake up, measure and weigh myself and the mood of my day would be based on those results.”

She would spend hours every day watching YouTube and scrolling through “perfect” pictures on social media. “I didn’t realise back then that social media was just a highlight reel, not what was really going on,” she said. “I’d put up a happy snap of my family, then two minutes later I would be crying because I felt too fat to go outside. Social media definitely made my BDD harder. I compared myself constantly to others and the way they appeared online.”

“The sooner someone gets help for BDD the better,” says Dr Buchanan. He says that his goal as a therapist is “not to make people think that they’re good looking. My job is to put less emphasis on whether they’re good looking or not. Wellbeing is not dependent on what they think they look like.”

Cognitive behavioural therapy is the most common form of treatment with around two-thirds of patients either recovering or having significant symptom reduction. “Antidepressants may also be prescribed,” he says.

If someone you know, or you are, considering plastic surgery, it’s important to choose someone who screens for BDD.

“Go through your prepared list of questions before deciding to go ahead with surgery, and they should ask about your motivations and expectations are too,” says Professor Castle. “Don’t trust a surgeon who promises to make you look like an image you see online or a magazine.”

Due to unprecedented demand our psychologists are temporarily unable to offer appointments to new clients seeking individual therapy. We are keeping a waitlist in order to offer prospective patients appointments if they become available. We are offering a group therapy program to new clients focussed on Body Image Anxiety & Body Dysmorphia. If you’d like to learn more about this group program, do give us a call on 9039 2177 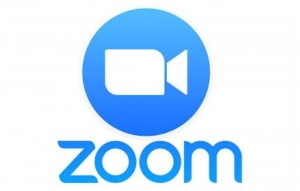